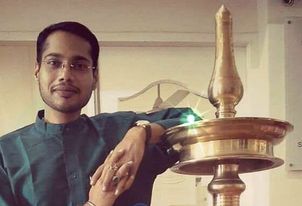 Dr. Shiyas Hussain Sheriff is an Ayurvedic doctor from Kerala, India. He grew up in a traditional Ayurvedic family, which has been for many generations dedicated to Ayurveda. With his charisma and knowledge he will be fascinated and convinced that he is in the right place to start a new and healthier life.

Dr. Shiyas Hussain Sheriff comes from a family of renowned Ayurvedic doctors with more than 120 years of tradition. He has acquired knowledge of the world of traditional Indian medicine at the Arya Vaidya Pharmacy Faculty of Ayurvedic Medicine of Chennai Tamilnadu, where he concluded his studies in 2006. Dr. Shiyas taught at Trivandrum Ayurvedic College and later became the personal physician of the Royal family of The Kingdom of Bahrain. Its guiding principle in life is

Currently a resident doctor at the Plesnik Hotel retreat center, in Slovenia and traveling to Spain with AyurVida Ibiza.