Understanding Kapha: How to Stay Healthy And Energized

The ancient Asian philosophy places a very high essence on the existence of a human’s being based on three major Doshas. According to them, the Doshas make up the basis on which the body can be said to be optimally well and functioning; the physical, physiological and mental well being of an individual is said to be fully dependent on these Doshas.

Without a complete balance of fully effective Doshas, it is believed that the human body cannot be in its best health wellbeing without the occurrence of any kind of illness or health. However, it is also highly known that theses three Doshas cannot be present in equal parts in a particular individual; they usually present themselves in varying ratios in that particular individual. As such, a person can be known to have more of a particular Dosha type in him and is subsequently called to be of that Dosha type.

The Kapha Dosha is made of the Earth and Water as its major element components. As such, it is directly related to the basis that is said to hold the body together through the body cells, and other structural components of the body. Kapha Dosha has certain specific qualities attributed to it and they are; oily, soft, cold, heavy, steady and slow. These qualities all combine together to help perform the major function of the Kapha Dosha; which is to help protect the body from external threats.

Physical characteristics of people with the Kapha Dosha

As earlier stated, some people are known as the Kapha people because they have a relatively high ratio of the Kapha Dosha predominant in them. In recognizing these set of people, there are certain attributes to look out for.

Generally, since the Kapha is associated with structures in the body and is responsible for the protection of the body, the Kapha people are known to be well built physically with a lot of stamina; they have big bones and strong muscles. They are also mostly known for their large and soft eyes, glowing skin and lush hair. In a balanced state, Kapha people have stable digestion but a slow metabolism and they sleep well.

Other characteristics of the Kapha people

Kapha people are generally known for their slow and graceful approach to life. They move slowly, eat slowly, and are known to have a slow and balanced pulse rate. Although Kapha people have a great body build and stamina, they still tend to avoid extreme physical activity and they have a huge appetite, especially after undergoing one.

The Kapha people live in a well balanced and harmonized emotional state with no sudden disrupt of this inner peace in them. This makes them live longer than the other Dosha types. They are the conservative types, they do not make decisions in haste and they remain calm and consistent in their decision making. Generally, they are known as a peaceful, forgiving and loving species of individuals.

What can an imbalanced Kapha result to?

A disrupt to this balanced nature of a Kapha person may lead to various complications in them. For one, they will have an irregularity in their sleep pattern. Popular diseases associated with an imbalance in the Kapha people are oftentimes directly associated with the water component of the body.

Since it is responsible for the fluidity content of the body, its imbalance will cause diseases in almost all the systems of the body such as the musculosketal system(joints), Cardiovascular system (the heart), the respiratory system (lungs and bronchi) and also the digestive system. An imbalance is also closely associated with Non Communicable diseases such as obesity, heart failures and depression.

How to stay healthy and energized as a Kapha

In order to maintain a healthy state of health as a Kapha, there are natural lifestyles that can be adopted.

A full understanding of the Dosha types will help you to successfully categorize your body into its Dosha type. The Kapha Dosha, once fully understood is a type that can be easily maintained and energized without undue special activities. Following these natural steps will help to create the balance needed by the body for its optimal well being. 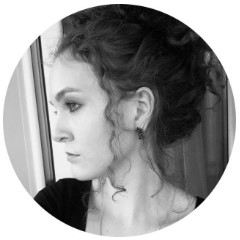 By: Polly Telegina. “She has always been interested in holistic and alternative ways of healing. Ayurveda and yoga are the best medicines for her. Deeply intuitive she finds that true healing surpasses the boundaries of the physical body and embraces the emotional, energetic and subtlest layers of our being. She believes that nature is the best source of human health. Check your previous article about shilajit resin.”